Words: Armin Scharf I Photos: Rotzler Holding GmbH + Co.KG, Benjamin Stollenberg
Heavy-duty winches for utility vehicles are an example of purely engineering-based projects. Or at least they were until now. Rotzler, a winch system specialist based in southern Germany, relies on the differentiating potential of professional industrial design. With great success.

Rotzler’s systems have to compete in a global, cost-sensitive market. That’s why the company’s development approaches have long been determined by functional innovations and optimisations. Then, a few years ago, the firm from the Southern Black Forest focused on design as a priority for the first time – with the concept for a new winch family by the name of Tarvos. “Design helps us withstand market pressures and stand out from our competitors,” says Alexa Frey, a product manager at Rotzler Holding. “Plus, we wanted the new winch to set itself apart from our established products at first glance.”

The path to design

And so Rotzler set about looking for a suitable external design firm. The first stop on its journey was VDID – the Association of German Industrial Designers – which referred the company to the Design Center Baden-Württemberg and its Design 1st advisory service. This programme is aimed at firms looking to implement design for the first time and provides support in the form of briefing advice, background information on the design process and, in due course, details of design agencies whose portfolio matches the individual project requirements. “It was a big help for us,” says Alexa Frey with hindsight. That was six years ago now, and in the meantime Rotzler has launched not just its new Tarvos cable winch but an eponymous snatch block that boosts its pulling force as well. The design of the product family and its different variants is the work of Defortec from Dettenhausen near Tübingen. Stefan Grobe and his team specialise in the design of capital goods. “We looked at various proposals and found Defortec’s the most convincing,” recalls the product manager. “What mattered to us was that Defortec was quick to understand both our requirements and the volume of the project. That gave us the necessary certainty.”

From winch to snatch block

The hydraulic cable winch Tarvos made its debut at the Bauma trade fair in 2016 and was awarded the Focus Open Silver by the Design Center Baden-Württemberg in the same year. The next member of the product family soon followed: the above-mentioned snatch block. Because it usually has to be carried to the stranded vehicle by hand, its weight plays a key role – the limit is 23 kilograms. “We fought hard for the differentiating details,” says Stefan Grobe. The design team coordinated with the development department every few days and all the details were optimised by consensus. But that was only possible because the two teams could exchange and work on each other’s 3D data. “We treated each other as equals and were able to settle things very quickly and productively,” adds Stefan Beyersdorff, the developer responsible for the project at Rotzler. “As an engineer, it’s important to be open-minded and accept the designers as members of the team.” 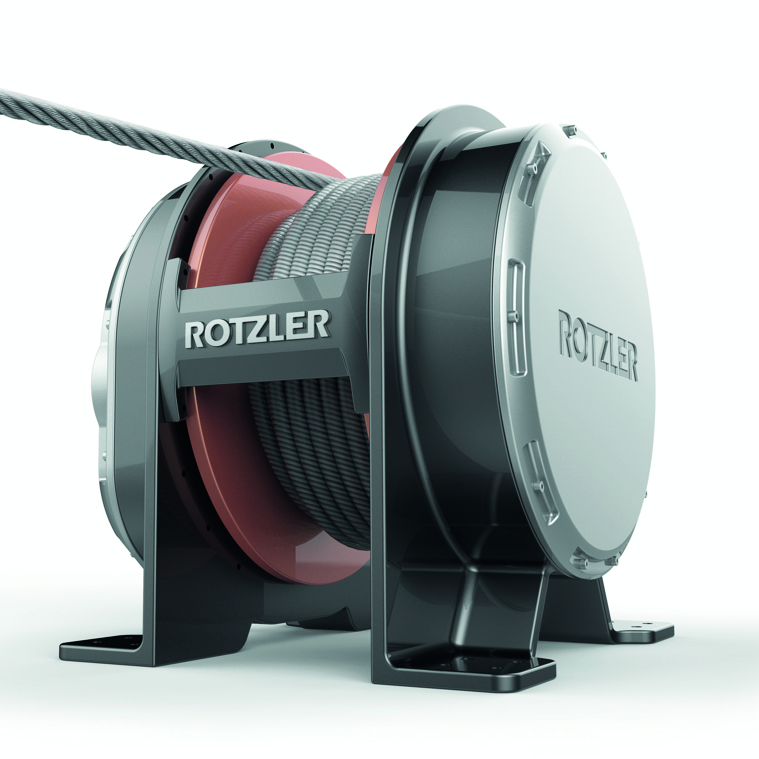 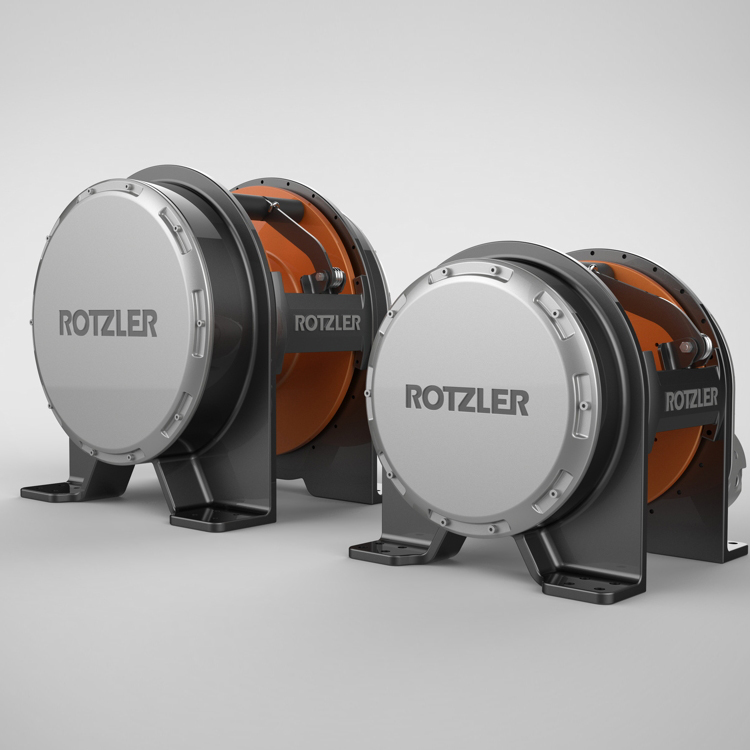 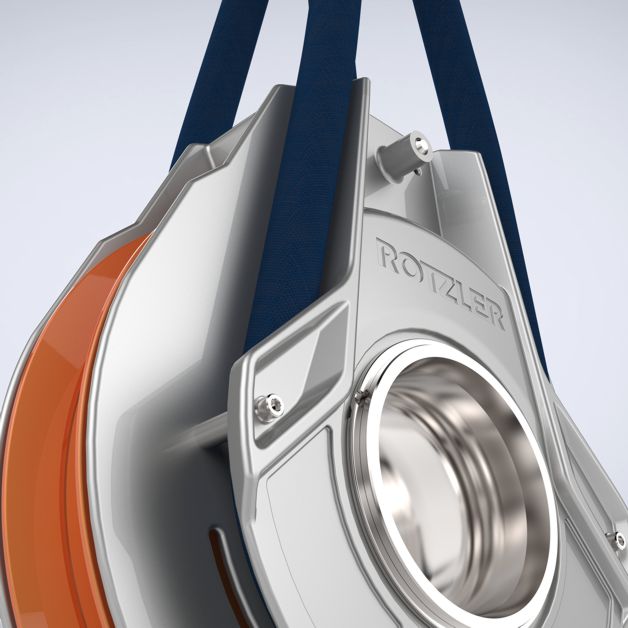 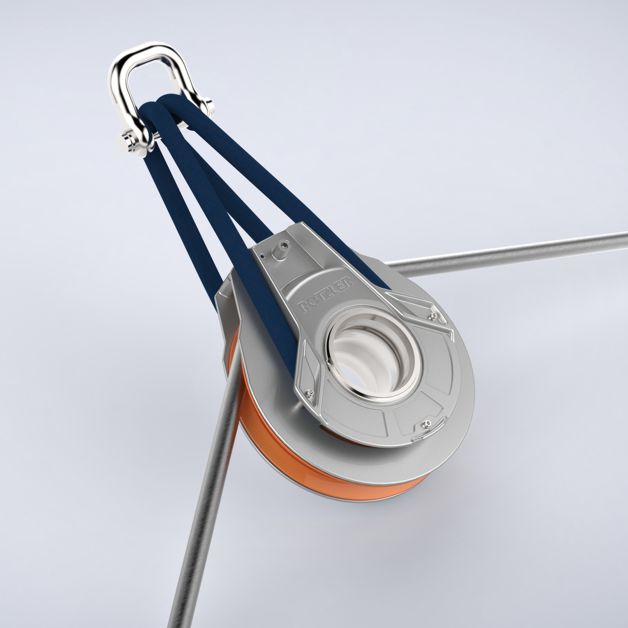 That explains why the snatch block was ready just one year after the project began, with only a brief three months remaining for the design. The result is convincing: it too received a Focus Open design award, this time in gold. And not just because the expert jury was so impressed with its appearance, which radiates a very special quality despite – or perhaps precisely because of – the snatch block’s minimised weight. The design is derived from the directions of the forces inside the block: where there are only small forces at work, material could be eliminated, whereas areas that are subject to greater loads were reinforced. There’s one detail that particularly underscores how functional the design is: individual sections around the edges of the pulley holder are equipped with sculptural raised lips. Not for aesthetic reasons, but to protect the screws. They’re essential for maintenance purposes but very susceptible to damage in everyday use: dragging the snatch block over rough surfaces would soon wear the heads away. The raised lips prevent this abrasive effect and increase the product’s longevity. 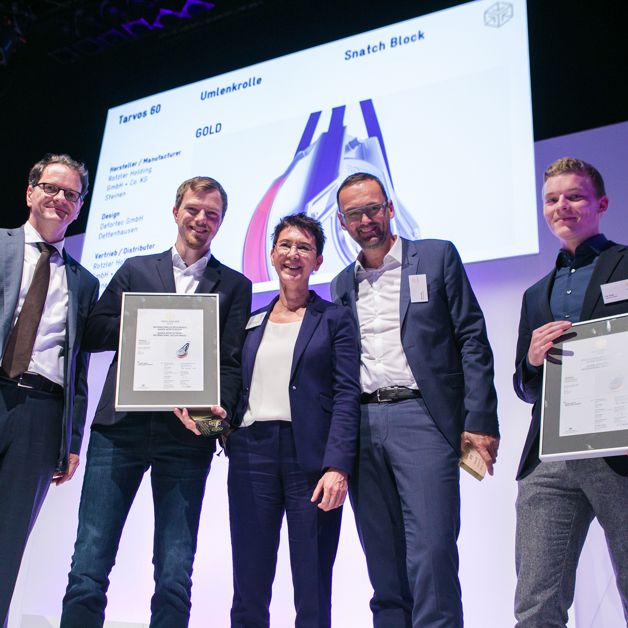 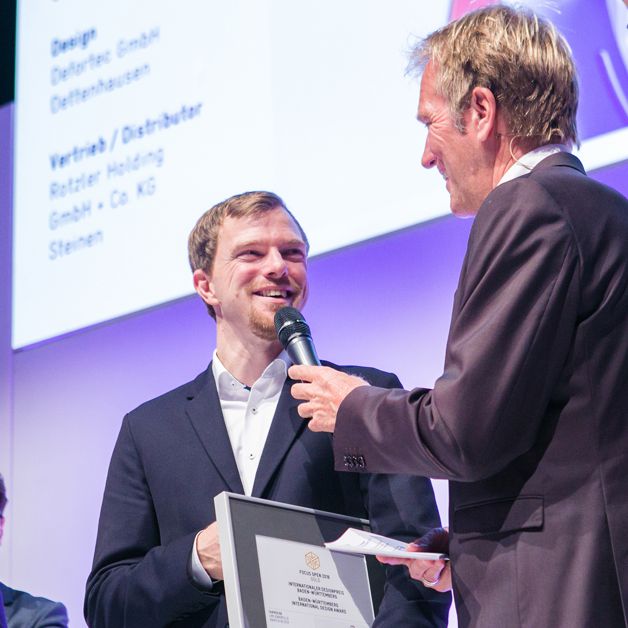 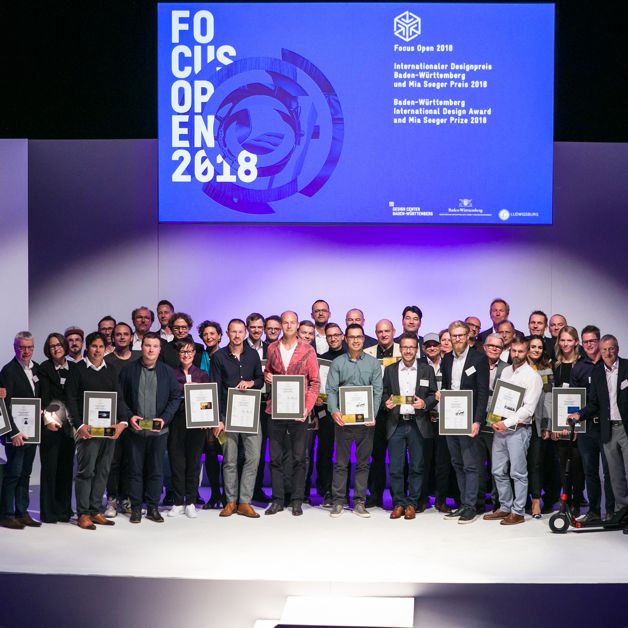 Whereas Rotzler had previously used subtractive methods to produce its snatch blocks, it now uses a die-casting process. “That opened up different design options,” says Stefan Grobe, “because it meant we could think in freeform terms.” At the same time, it meant learning about the parameters of the process, such as the minimum wall thickness or the level of detail that can be achieved – which is important for aspects like integrating the three-dimensional logo. “We knew we’d be switching to casting at an early stage, so we expanded our engineering expertise accordingly, looked for new suppliers and redefined our quality management,” says Beyersdorff.

Design as a cost factor?

Does design make a product more expensive? It’s a question that’s often asked, but Beyersdorff shakes his head. “We brought the design team on board very early on, during the concept stage. That meant we could take full advantage of the potential and even managed to cut costs.” By means of simplification, for instance: “The two side panels that hold the block are identical, so they simplify production as well as maintenance,” says Grobe of the strategy his team adopts for every development.