Glowing rings, several metres in diameter, elegant and filigree, suspended from the ceiling on thin, barely perceptible wires, almost hovering: seemingly weightless ring luminaires such as these, with forms that have been reduced to the absolute minimum, mark the beginning of Sattler GmbH’s more recent history. The ring luminaire Circolo made its debut in 2008 – and was a complete novelty on a market that already had a huge appetite for innovative lighting solutions. There were two things that made Circolo and its perfectly round profile possible: firstly LED technology, and secondly the medium-sized company’s profound expertise. After all, the light-emitting diode isn’t enough to make a luminaire out of on its own – especially not one that meets Sattler’s exacting standards. There are other factors that are just as relevant for the result – such as the electronics for controlling the glowing semiconductors and the integration of all these components in a harmoniously designed product that can be produced and installed economically. 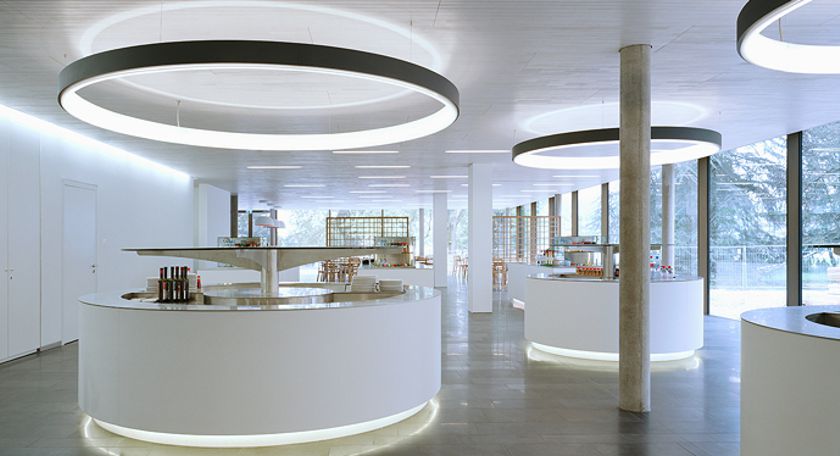 The mother of all ring luminaires: with Circolo, Sattler founded a whole new generation of luminaires

The ring luminaire as a benchmark

Ever since, Circolo has been illuminating the foyers of hotels, companies and museums, as well as the occasional private home. It soon became a benchmark for its category. And within just a few years, the family-run company from Göppingen in southwest Germany came up with variations on the ring principle that were as clever as they were surprising. In the case of Cern, for instance, the ring consists entirely of acrylic glass with a wave pattern milled into it and accentuated by the changing colours of the light. Ellipse elongates the circle, the Soft series morphs it into three- and four-sided shapes with rounded corners, and Toccata features several rings dancing inside one another. The company began thinking beyond light too: Soft is available with sound-absorbing fabric stretched across the inside of the ring, for instance, while the Luce Verde Anello model brings dried moss into play. But it’s not just the ring motif that exhibits such diversity: whole new families of luminaires have been added to the portfolio in the meantime, each of them with a wide-ranging spectrum of variants. They include the Avveni series, based on a magnetic ball-and-socket joint, and Favo, a module-based system for a flexibly controllable light-studded net on the ceiling.
Photo: Horst Mohring
The quest for functional innovations is part of Sattler’s DNA. Seen here: the Luce Verde ring luminaire featuring dried moss
Photo: Sattler GmbH 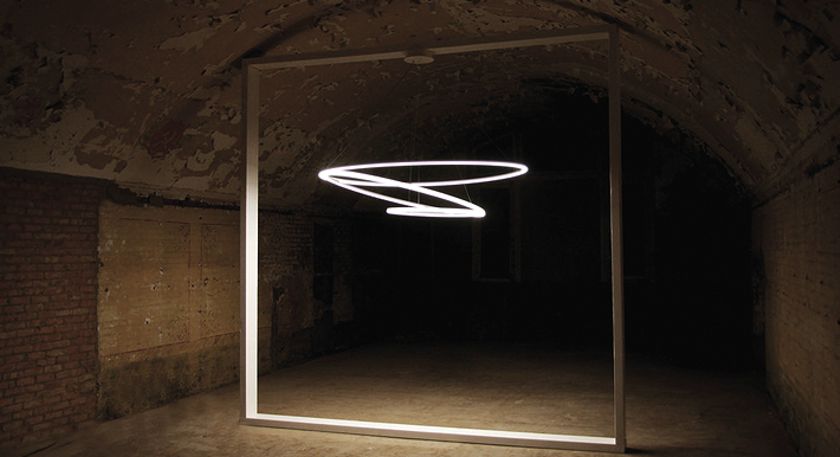 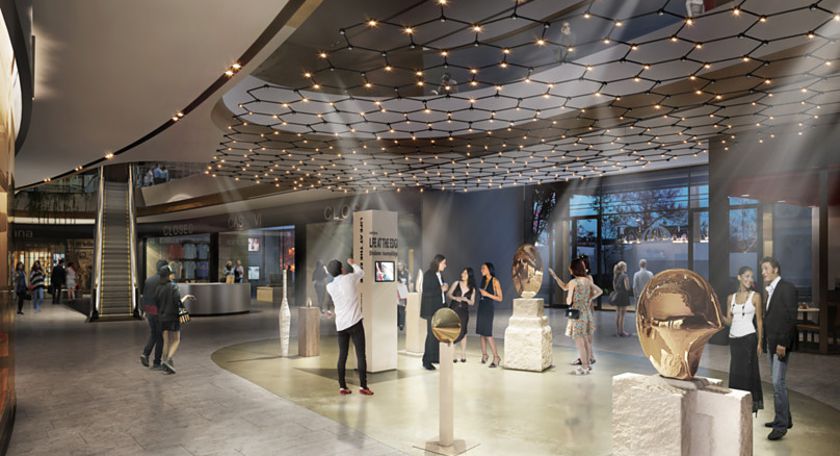 Sattler GmbH is a typical medium-sized company with approx. 70 employees and correspondingly short decision-making chains. Development, management and production, along with the spacious showroom, are located under one roof in a smart new building near Göppingen, ensuring short distances not just between departments but in people’s minds. Whereas big corporations are in search of new agility, Sattler has always practised exactly that. Its approach is flexible, resourceful, solution-oriented. If a customer – usually an architect or lighting designer – comes along with special requests or wants something custom-made, they can be sure of being heard in Göppingen. Which is why the occasional model in today’s portfolio originated from a project-specific development. This ability to generate custom solutions is one of the family business’s two main pillars. “We distinguish between two product areas: what we call catalogue goods on the one hand and project luminaires created for very specific applications on the other,” explains Ulrich Sattler. “But even our catalogue products are based on a modular principle and offer a wide range of options for individualisation,” adds Sven Sattler – he and his father Ulrich serve as the company’s directors.
Photo: Sattler GmbH 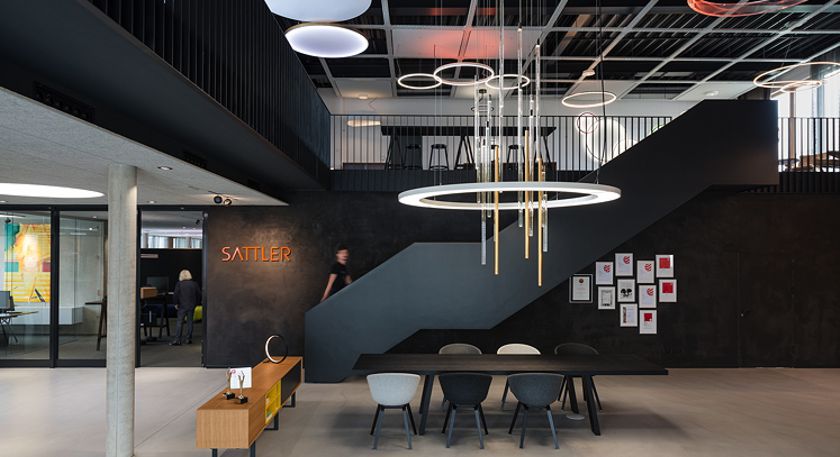 Completed in 2015, the new building houses development, production, management and the large showroom. The short distances between departments are symbolic of the company’s approach.

The luminaires are always made to order on a just-in-time basis and produced at the company’s Göppingen site. “This closeness to the production process is essential for us: it’s the only way to ensure maximum flexibility and a high standard of quality,” says Ulrich Sattler. For the most part the boutique manufacturer produces in small batches, but can switch to higher-volume production if necessary. Sattler is positioned in a very specific segment of the market that is less influenced by quantities and price sensitivity. “We produce custom-made luminaires, not mass-produced goods,” says Sven Sattler of the company’s positioning. Besides Europe, Sattler also has a presence in the US and the Middle East – and is now setting its sights on the Asian market too. While the firm cooperates with partner companies at international level, it runs its own meticulously trained sales force in the DACH countries.

Like any company, Sattler too uses numerous suppliers who make the intermediate products for the luminaires. The electronic components, for instance, are developed in-house but manufactured by partners, preferably from the region. “We look for the best solutions together, based on a sense of cooperation.” For Ulrich Sattler, that also includes the designers the company has been collaborating with for around 10 years now. At the same time, “the chemistry has to be right” in order to achieve a really outstanding result for all those involved. It’s an almost family-like approach to cooperation – and one that designers like Michael Schmidt of code2design very much appreciate: “Ulrich Sattler is a totally positive person with visions, great empathy and loyalty. Together with his wife and two sons, he generates a positive and creative basic mood within the company that always makes you feel welcome.”

A look at Sattler’s portfolio makes the importance attached to design very clear: “Design takes priority,” emphasises Sven Sattler. To put it another way: technical development is based on the designer’s concept, then adjustments are made in a joint, iterative process. “There’s very close interaction between in-house expertise and external idea contributors.” That means there is no set development process: either Sattler itself sets new developments in motion and then brings an external designer on board – or designers approach Sattler with their own suggestions. Like Alexander Rybol and Jürgen Gaiser of architectural practice Blocher Partners, Theophil Eichler, Markus Bischof, Joerg Krewinkel or the above-mentioned Michael Schmidt.

Schmidt first contacted the firm with a design in 2010: “We did the Angolo luminaire together and realised that we have a very similar mentality. Then, in 2015, Ulrich Sattler came to me with the basic idea for a magnetic ball-and-socket joint, which eventually led to the versatile Avveni luminaire.” Schmidt is working with Sattler right now too – as well as extending an existing product family, they are also creating a totally new luminaire, which includes tackling the technical challenges it presents. Because all Sattler products follow the same principles: reduction, clarity and simplicity, with a look and feel shaped by authentic materials and finishes. “That might sound simple, but it’s often very difficult to translate into reality,” says Ulrich Sattler.
Photo: Sattler GmbH 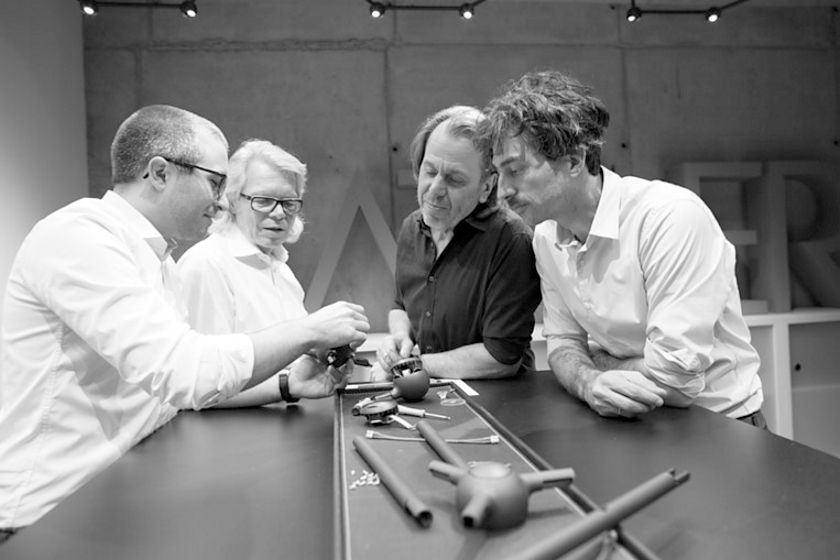 Sattler is among the companies who enter new products for the Focus Open design awards on a regular basis – and win just as regularly. In 2018, for example, Sattler won a Focus Gold for the pendant luminaire Palito – as it did in 2016 for the Avveni family. “We really appreciate the objective and transparent judging of the Focus Open competition. And the fact that the award isn’t subject to profit-based pressures,” says Ulrich Sattler.
Photo: Sattler GmbH 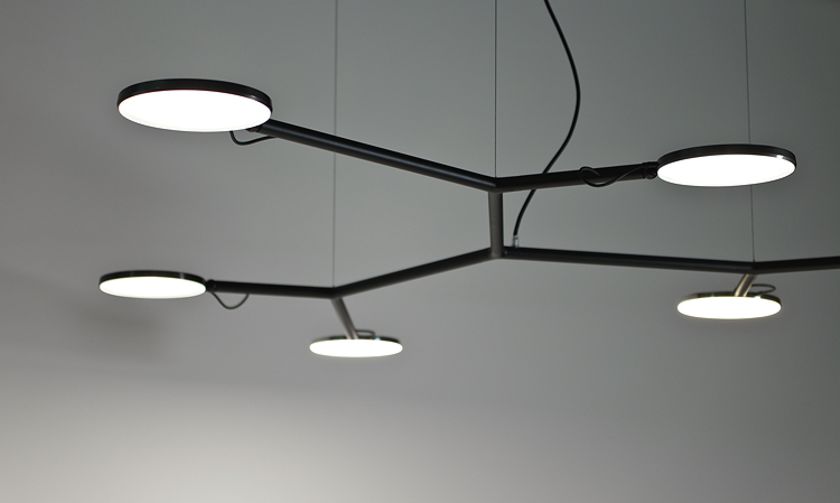 Won a Focus Open Gold in 2016: the luminaire system Avveni with a ball-and-socket joint that permits maximum freedom of adjustment. Code2design was co-responsible for the design.

Like many medium-sized companies, Sattler GmbH has its roots in the trades. The company was founded in 1958 as an electrician contractor, adding small appliances and entertainment electronics, as well as a shop, in the 1970s. Lighting solutions gradually played an increasingly important role in the business. To begin with lighting designs were implemented using third-party products, but it was soon apparent that many projects called for special products that weren’t available on the market – and were therefore developed by the company itself. That laid the foundation stone for Sattler’s evolution into a lighting company. In 2015, the company moved into a new building that houses management, development, production and a showroom under one roof. Today the family-run business employs approx. 70 people and, with the active involvement of Sven Sattler and Tim Sattler, is now in its third generation.
www.sattler-lighting.com
Photo: Florin Betz 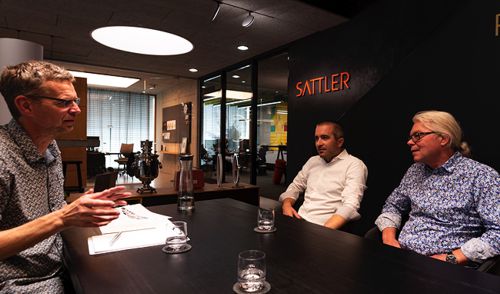